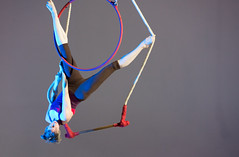 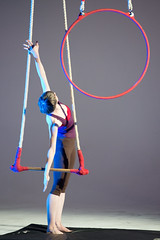 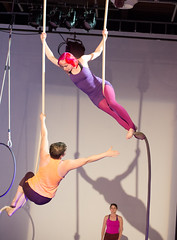 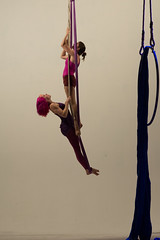 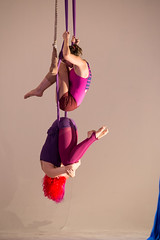 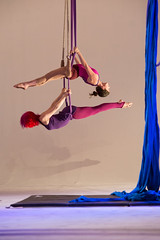 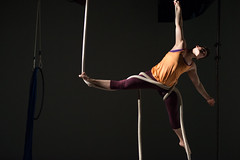 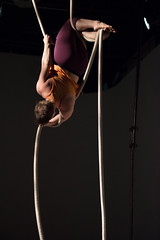 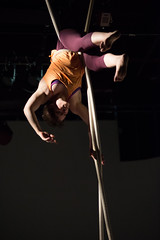 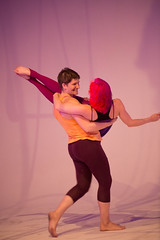 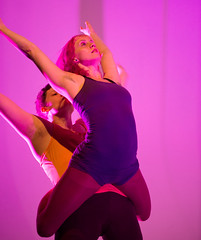 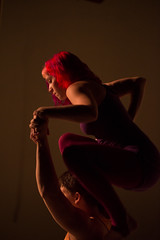 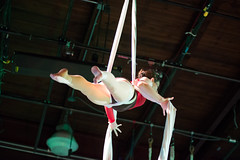 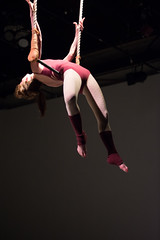 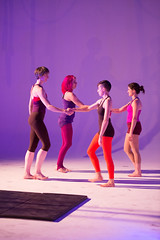 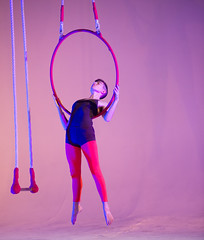 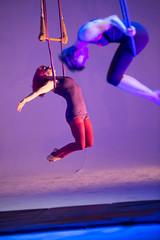 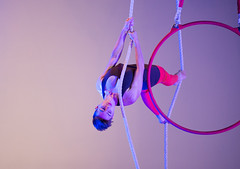 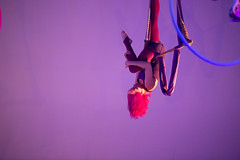 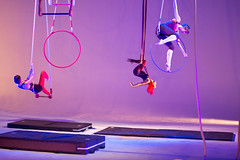 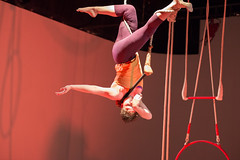 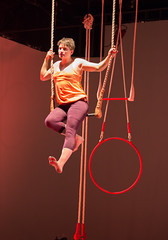 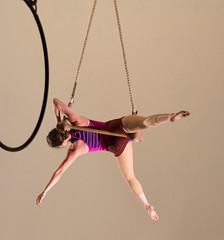 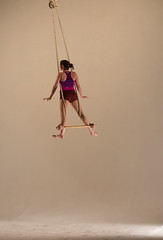 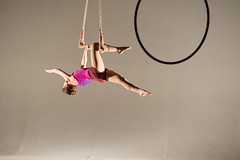 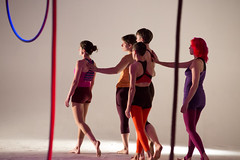 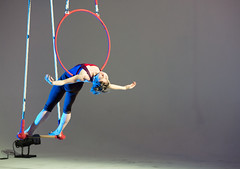 Seven women climb ropes, spark chain reactions, catch each other, swing, slide, and crash. Break/Drift/Resist is dynamic new aerial dance theater from Tangle Movement Arts, part of the 2013 Philly FringeArts festival. Tangle’s movers ricochet from floor to ceiling in this performance inspired by the friction and warmth of a close-knit community.

Break/Drift/Resist’s seven-women cast navigate a forest of aerial equipment, chase each other across the stage, and explore how groups adapt, transform, and absorb shock. Tangle’s aerial acrobats climb and pull each other, build complex structures, collide, and converge– and discover that, sometimes opening a window for yourself slams a door on someone else. Taking inspiration from urban landscapes, social networks, traffic systems, and lightning-bolt moments of change, Break/Drift/Resist premiered in September 2013. (Photos by Anne Saint Peter.)

thINKingDANCE says, “The aerial work lends itself to imagery and weightlessness beyond the reach of earthbound dancers… [Tangle] projects a lucid understanding of how the aerial and dance theater worlds exist seamlessly.”

Philadelphia City Paper says, “[Like] Cirque de Soleil, but on a relatable level… No matter the speed of the spins and falls, the artists managed to come across as graceful and deliberate in their actions.”