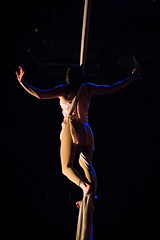 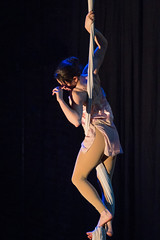 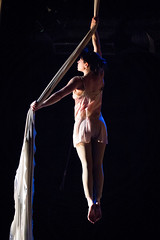 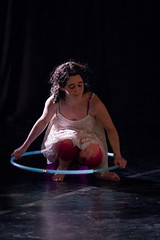 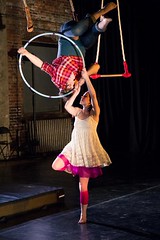 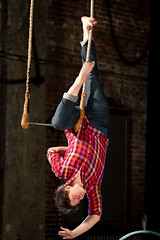 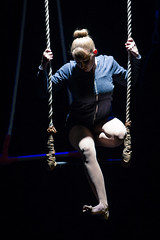 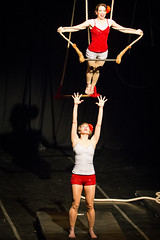 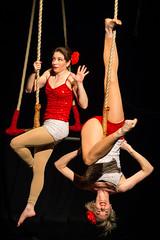 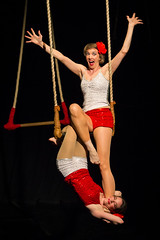 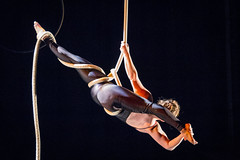 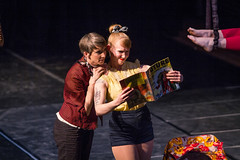 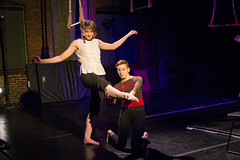 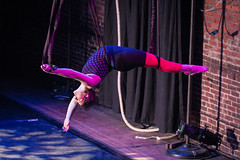 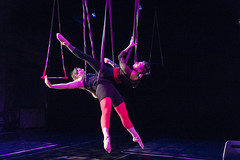 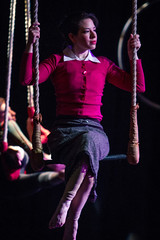 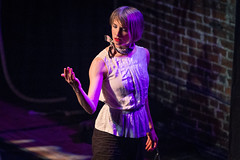 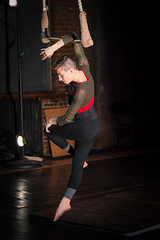 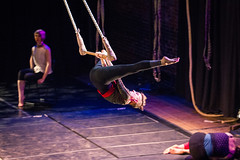 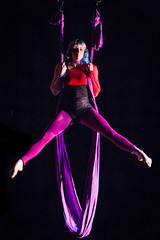 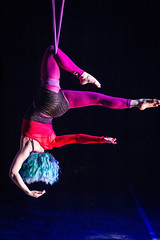 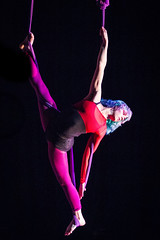 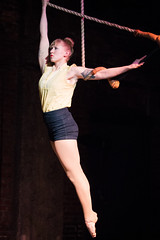 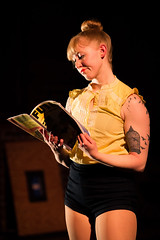 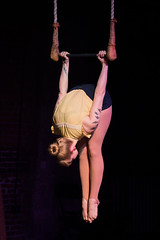 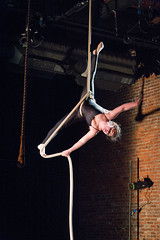 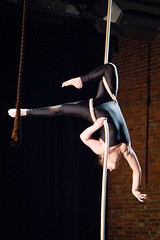 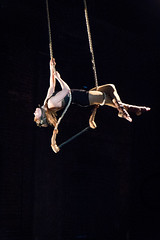 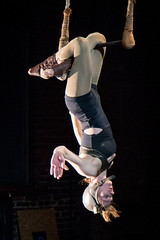 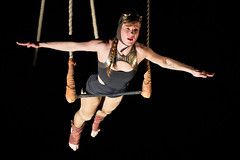 A dancer swings on the pendulum of a giant clock as it ticks down moments. An acrobat echoes life evolving on earth millennia ago, rising out of the ocean and into the air via body contortion and aerial rope. Two vaudevillians can’t quite resolve their comic timing on the trapeze. And a daydreaming secretary in a 1950s office escapes to a radical future in which people and relationships connect in profoundly different ways. Past, present, and future collide in an acrobatic drama of swinging trapezes and suspended fabric. (Photos by Michael Ermilio.)

Check out this interview with FringeArts! Timelines’s big finale is a love letter to science-fiction tropes. In creating it, we talked a lot about movement styles for different people and times: if the 1950s secretaries have very purposeful, direct gestures, maybe the people of the future are fluid and indirect by contrast, and they would consider, for example, a handshake to be the height of rudeness. We got to explore a lot of swinging, spinning, sliding movements for the people of the future, including my personal favorite, a brand-new aerial apparatus made of multiple loops suspended from the ceiling.

Timelines was part of the 2014 Philadelphia Queer Media Activism Series, a grassroots organization for work that forges new paths in the performing, media, visual, and literary arts. PQMAS presents an annual series of live performances, film screenings, panel discussions, and workshops which deliver creative and radical takes on the intersections of race, class, disability, citizenship, sexuality, and gender identity/expression.