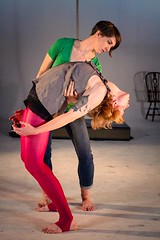 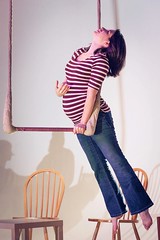 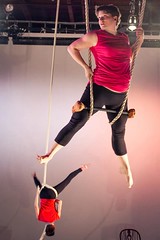 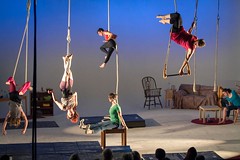 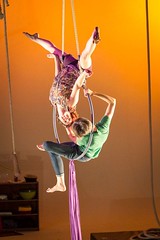 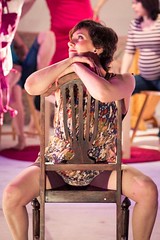 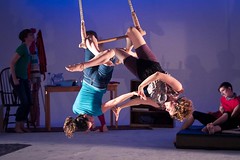 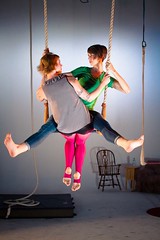 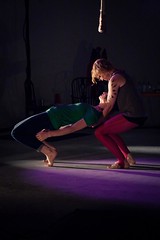 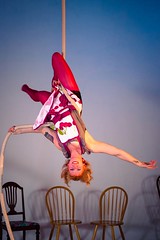 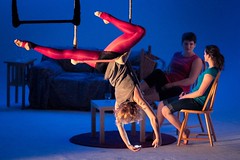 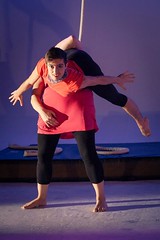 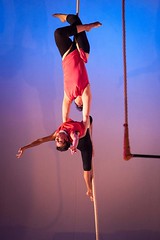 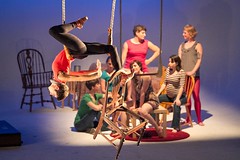 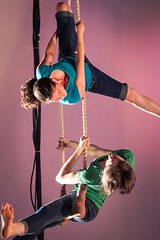 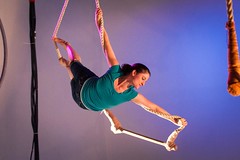 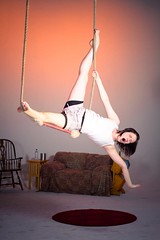 Seven women gather for a dinner party that turns surreal when Tangle’s aerial acrobats climb the curtains, cartwheel across tables, spark new relationships, and resist the pull of gravity in this dynamic new show. A party guest gets restless and starts climbing on the furniture. A trapeze doubles as loveseat for a budding romance, while small talk between strangers turns into a gymnastic exploration of chairs, tables, and one another. Two women work out their frustration and flirtation in a dance that traverses the room and reaches the ceiling. (Photos by Michael Ermilio.)

Tangle premiered You Don’t Say in a sold-out run at the 2012 Philadelphia Fringe Festival. Philadelphia City Paper says, “Tangle cleverly interweaves this silent drama with feats of flexibility, strength and skill performed on trapeze, rope, aerial silk and other props.” Tangle’s innovative circus-theater style animates the dramas, intrigues, and new connections that happen at a gathering of old and new friends. You Don’t Say’s athletic aerial dance tells the story of a complex web of friendship and community.