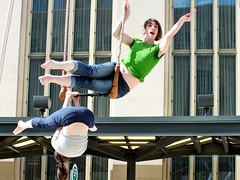 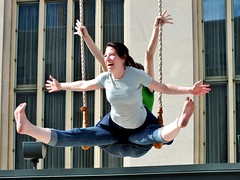 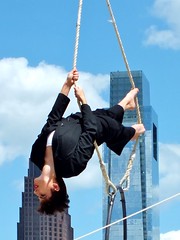 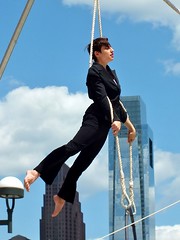 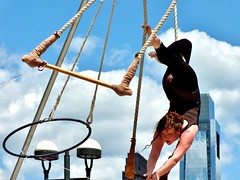 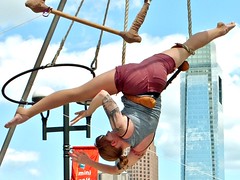 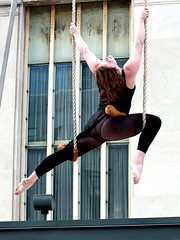 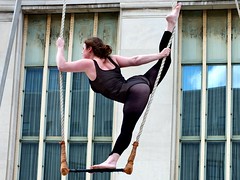 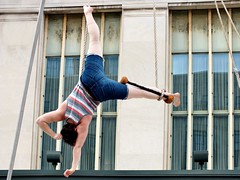 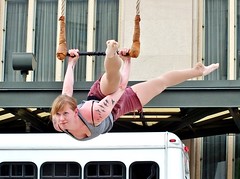 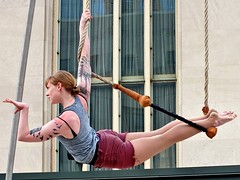 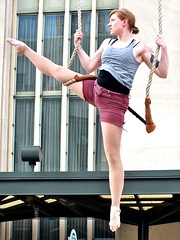 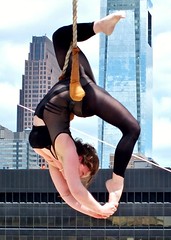 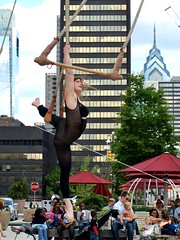 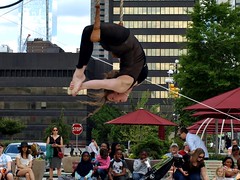 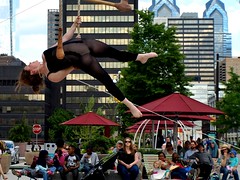 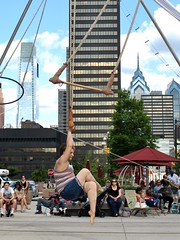 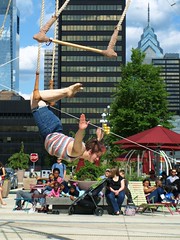 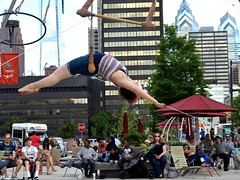 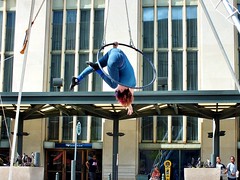 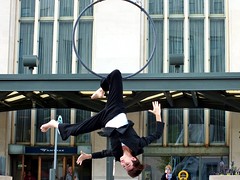 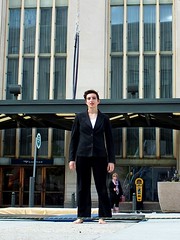 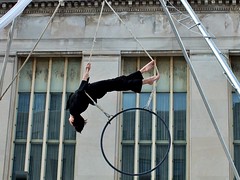 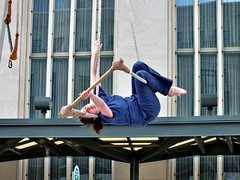 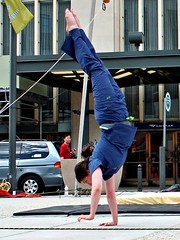 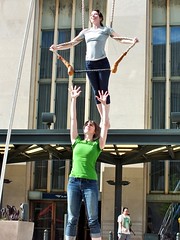 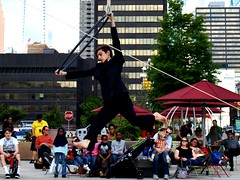 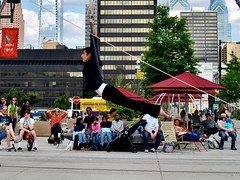 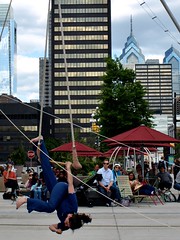 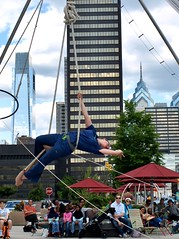 Tangle’s acrobats climb ropes and swing from trapezes in character as 30th Street Station’s busy commuters, tourists, people-watchers, and errand-runners in this urban circus-theater show. Tangle’s circus-dance-theater reflects ordinary life in the surreal movement of aerial acrobatics. Featuring acrobats undercover as ordinary visitors to 30th Street Station, from travelers on long journeys to office workers taking a break in the sunshine, Passages explores the dynamics of daily life in urban Philadelphia and celebrates 30th Street Station as a public center for Philadelphia. (Photos by Bets Beasley and Nikki Karam.)

Inspired by The Porch as a site that unites broad communities, Tangle staged Passages, a series of aerial dance vignettes which mirror the diverse lives that pass through the Porch, in May 2014.

Tangle Movement Arts presented its performance of Passages at The Porch at 30th Street Station. This performance was part of a series presented by University City District (UCD), made possible with generous support from the William Penn Foundation, which has provided leadership support for UCD’s efforts to showcase innovative cultural programming at The Porch. Visit www.theporchat30th.com for more information.